Previous First
Last Next
Next Last 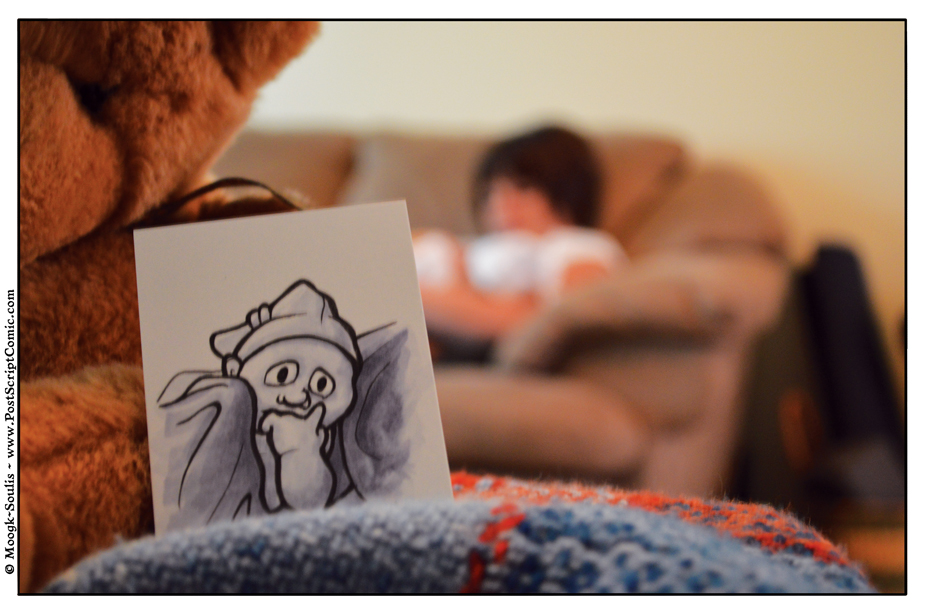 I am excited to announce that my wife recently gave birth to a healthy and happy little baby.  The two of us are taking this time to revel in the wonder and beauty of new life.  I can tell you that Neal wears his new moniker of ‘Uncle’ particularly well, and he is quite happy to find any excuse to drop by for a visit.

You will have to patient as we take another little break from producing PostScript.  While Neal and I collaborate on the writing, I still do almost all the illustration myself.  Earlier this spring, when I was recovering from an onerous move, I thought a lot about the type of comic illustrations that I want to be producing.  Rather than lowering the quality of the illustration in order to keep up with a more frequent update schedule, I decided I would rather produce less-frequent, yet higher quality, strips.  Neal and I agreed that this approach should, naturally, extend to our writing.  I look forward to getting back to my writing desk and drawing board, but until then I have got a wondrous little being to gaze at.

On a side note: does a pay rate of twelve goldfish crackers per fully illustrated strips sound reasonable, or do you think I will be able to get away with offering only nine goldfish? 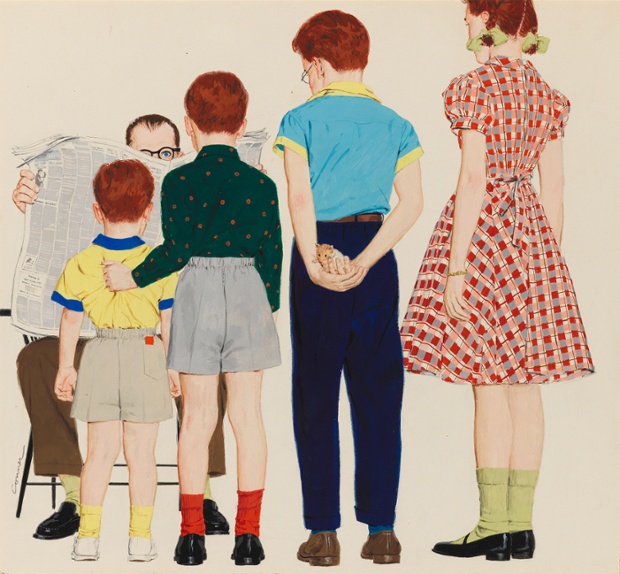 There was a time when printing technology had improved faster that photography.  It was cheaper, and easier, to print something that an artist had painted than to try to accurately match a photograph in a mass market publication.  McAuley (Mac) Conner’s work is an example of the type of work that was produced to supplement everything from advertisements, to pulp stories and lead articles.

The Museum of the City of New York is mounting an exhibit from today through to January 19, 2015.  The exhibit is co-sponsored by the Modern Graphic History Library at Washington University in St. Louis and the Rockwell Center for American Visual Studies

Thank you to everyone who stopped by our booth at FanExpo this year. We had a fantastic time meeting existing fans and introducing soon-to-be fans to the world of PostScript. We have since returned home to unpack, relax, cuddle our loved ones big and small, and get back to making comics.

Above you can see Luke (Stunt Double), Neal (The Man Soon to Be U.N.C.L.E.) and Graham (The Giver of Life).